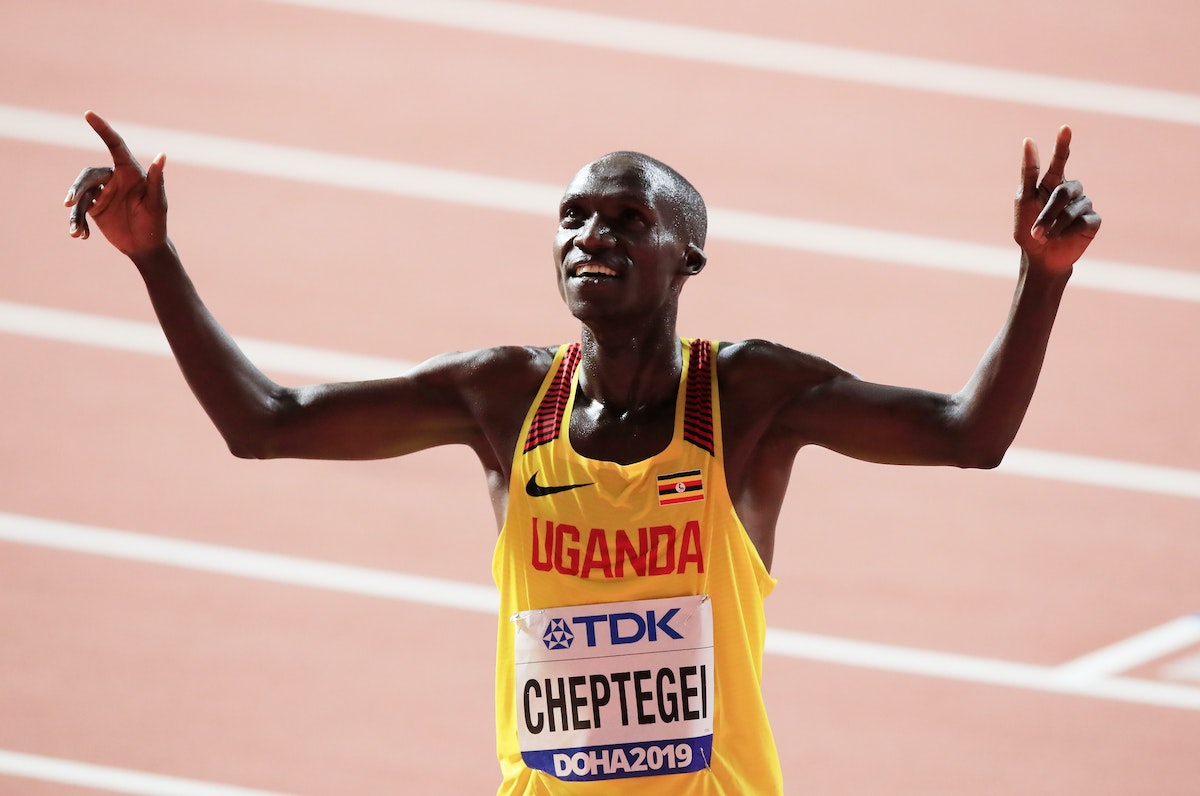 Uganda’s Joshua Cheptegei won what is regarded as the toughest race on the planet at the World Cross Country in Denmark in March, and needed to draw on the same resources to win his first world 10,000m title in Doha on the final night of the IAAF World Championships. 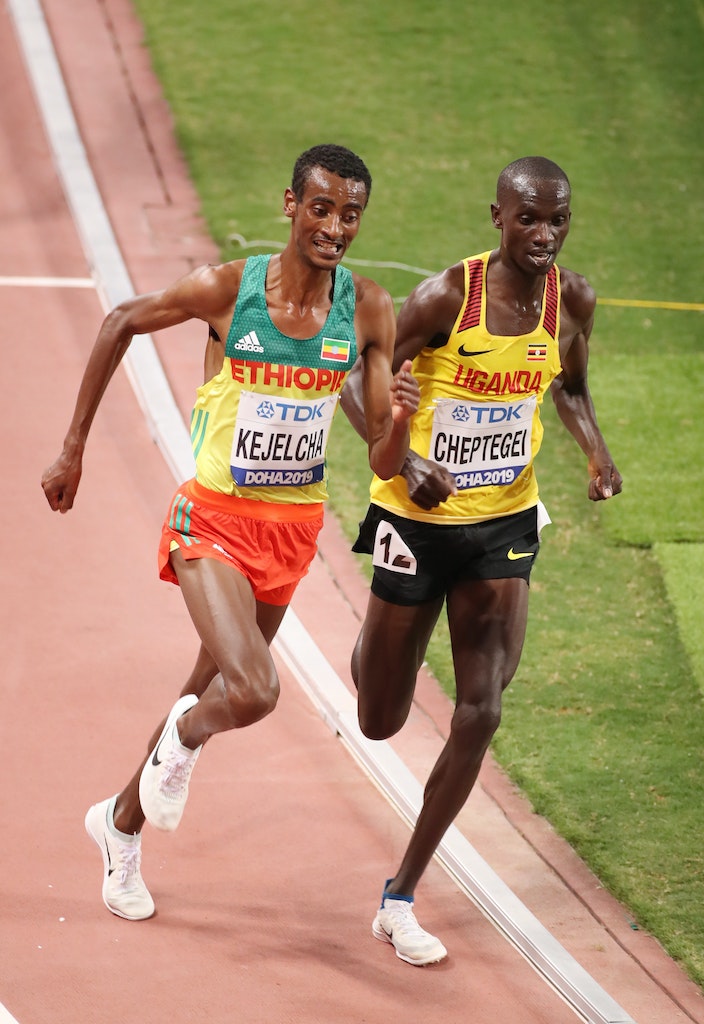 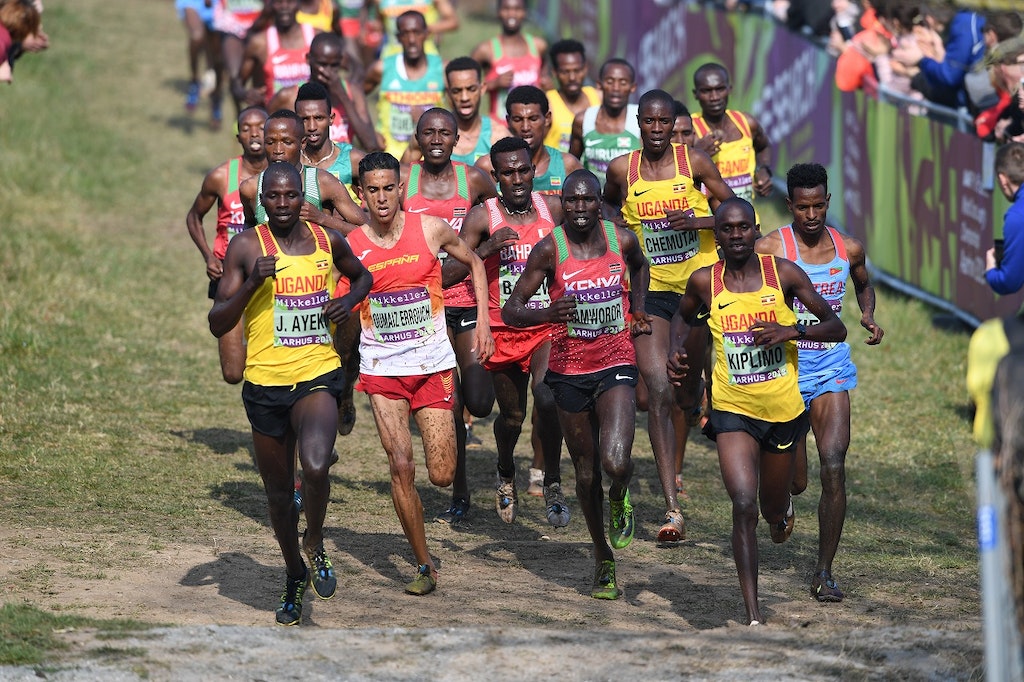 Check out our coverage from the IAAF World Cross Country Championships in Aarhus, Denmark

This race was Cheptegei’s focus from the moment he claimed that triumph six months ago. In the press conference that followed he laid out his intentions: “My ambition is to dominate the track for the next five or six years.’’

We can’t say we weren’t told. But Cheptegei had to hang tough again as Ethiopia’s Yomif Kejelcha stepped up to this distance to challenge him right until the home straight.

Cheptegei crossed the finish line in 26:48.36 – the second fastest time in World Championship history – with world indoor mile record-holder Kejelcha second in 26:49.34, in only his second attempt at this distance. 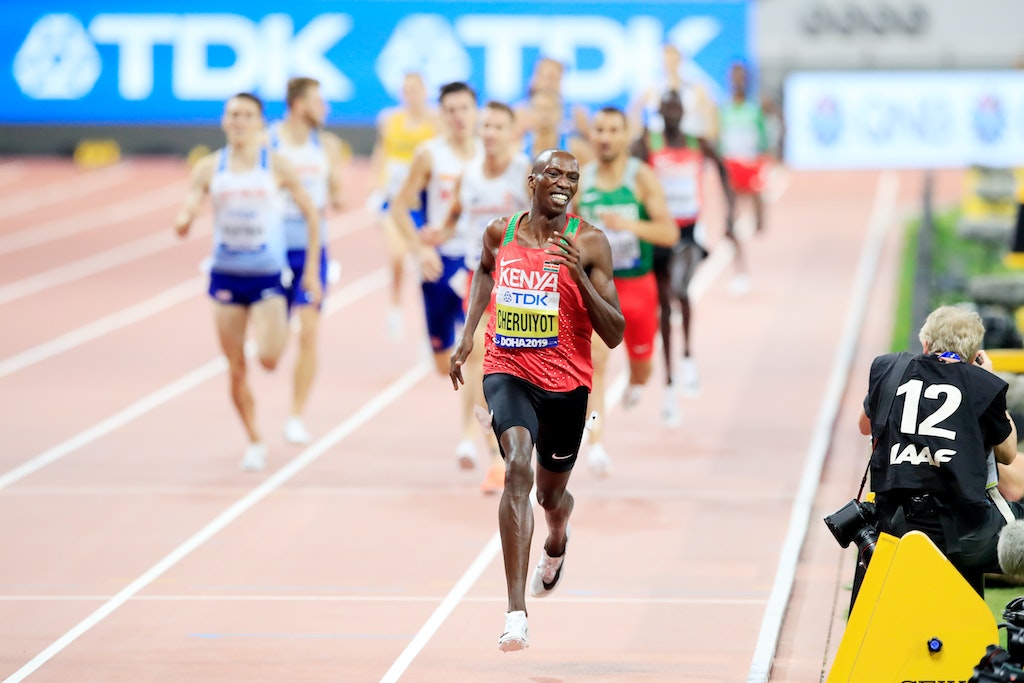 Kenya’s Timothy Cheruiyot did not wait around for anyone to challenge him for the 1500m title, going directly to the front and surging away from the field from the gun.

They only saw his heels from then on, if that. With a front running effort reminiscent of Herb Elliott's at the 1960 Rome Olympics, at the bell Cheruiyot had a 25m lead and try as they might, the high-class field could not get near him on the final lap. Cheruiyot stretched away to win by more than two seconds in 3:29.26.

Silver went to Algeria’s London 2012 champion Taoufik Makhloufi in 3:31.38 and bronze to European indoor champion Marcin Lewandowski in a Polish record of 3:31.46. 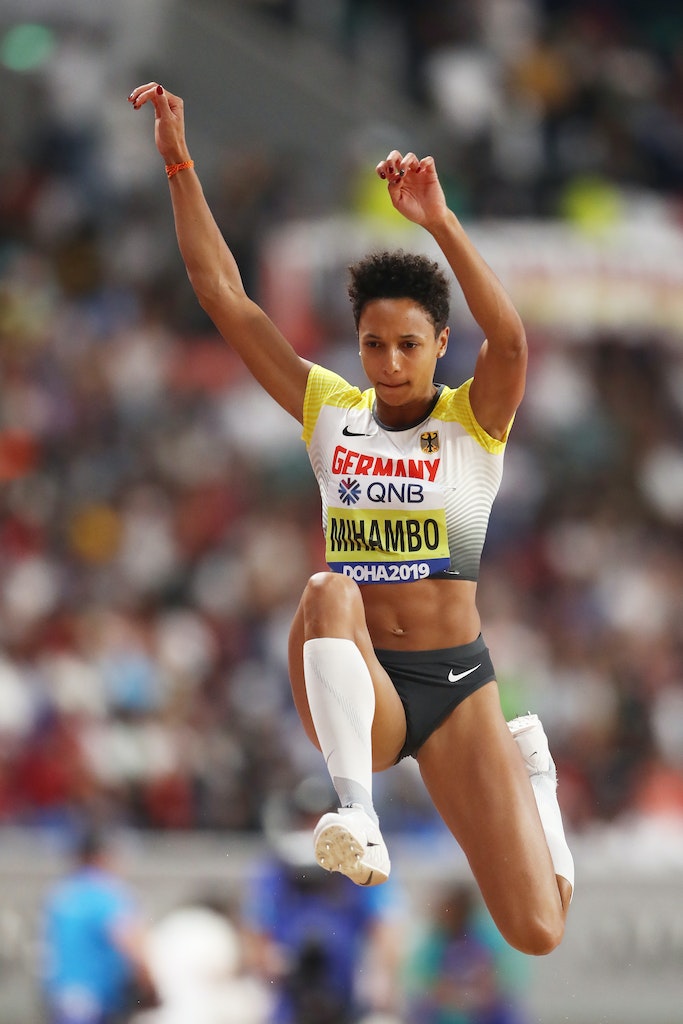 Germany’s Malaika Mihambo is certainly part of a new wave of athletes making their mark on the global stage, making the biggest leap for three years to win the long jump with 7.30m. Her victory was not without suspense after Mihambo followed a mediocre first attempt with a foul that left her teetering on the edge of elimination as she prepared for her third round jump.

By the time she sprinted down the runway and launched into the sandpit, she had won the competition. Any of her last three legal jumps (7.30m, 7.09m, 7.16m) would have secured the title. 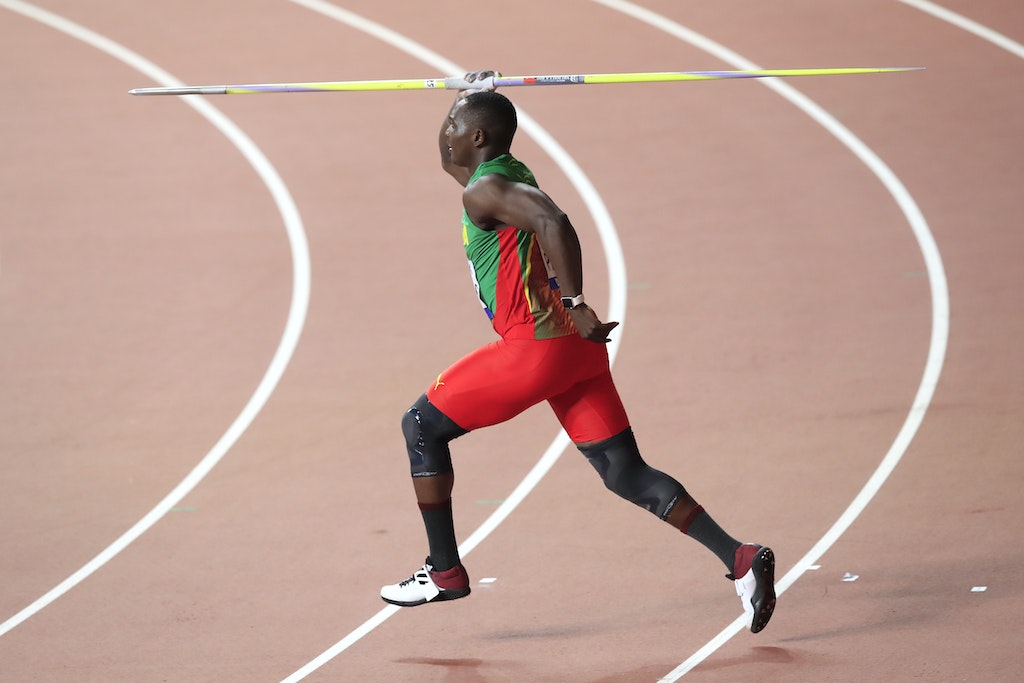 There was also drama in the final throwing event of the competition, the men’s javelin, where Grenada’s NCAA champion Anderson Peters, 21, sprung an upset to win his first world title, hurling the spear 86.89m in the fourth round.

His closest challenger Magnus Girt of Estonia (86.21m) was unable to complete the competition after falling awkwardly and injuring his throwing arm after his fifth attempt, but still took the silver (86.21m) from Germany’s Johannes Vetter (85.37m). 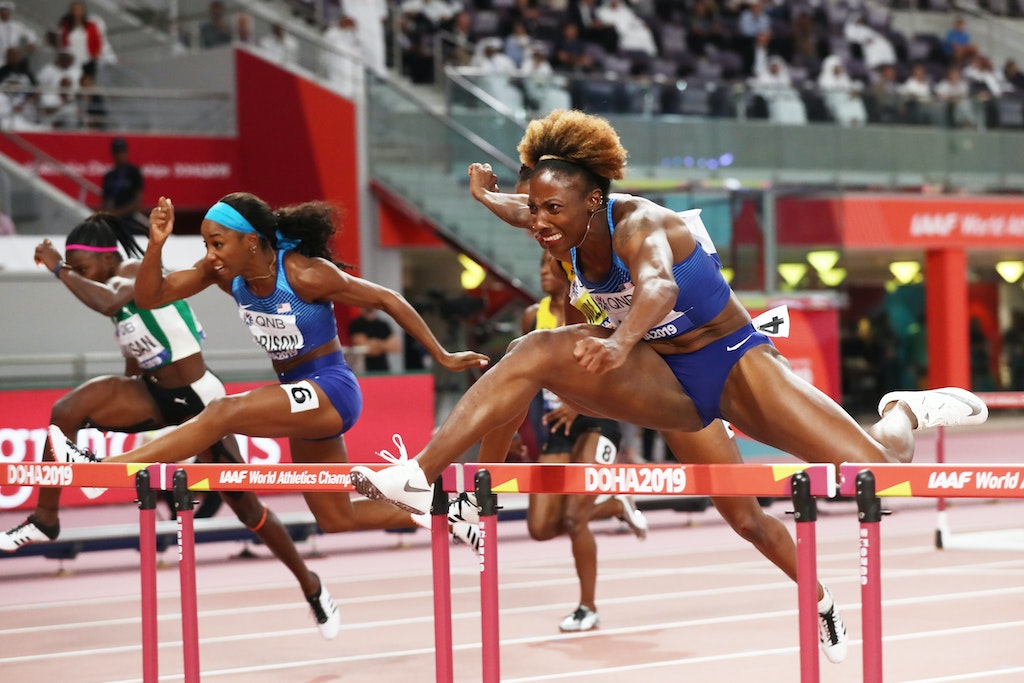 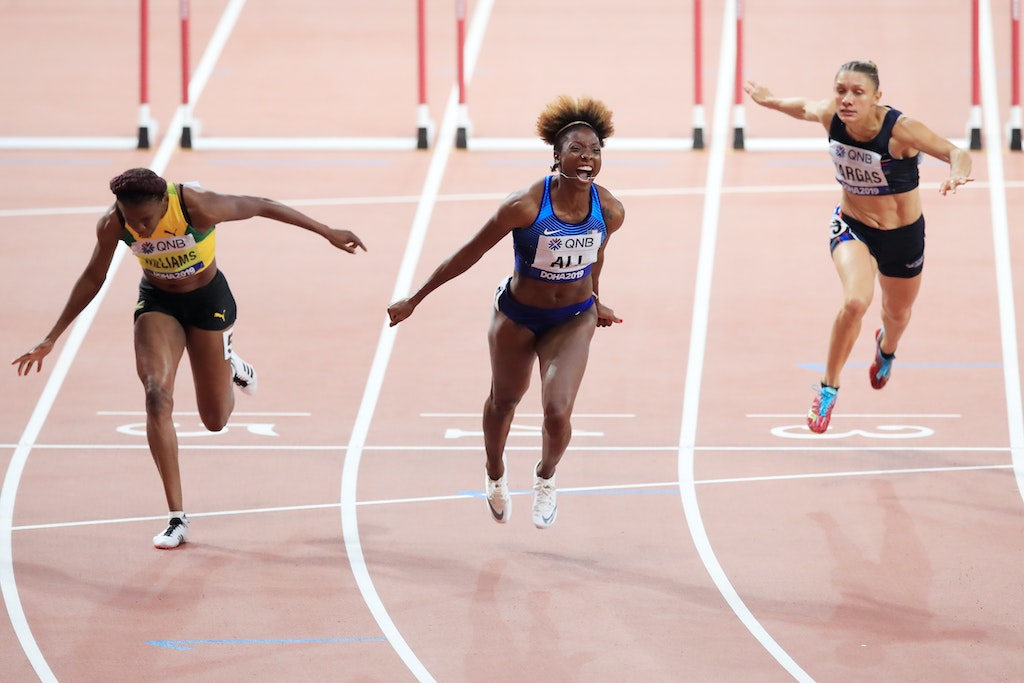 The other upset result came in the 100m hurdles, where American Nia Ali had the race of her life to replace the retired Sally Pearson as world champion, defeating world record-holder and teammate Kendra Harrison and Diamond League winner Danielle Williams of Jamaica. 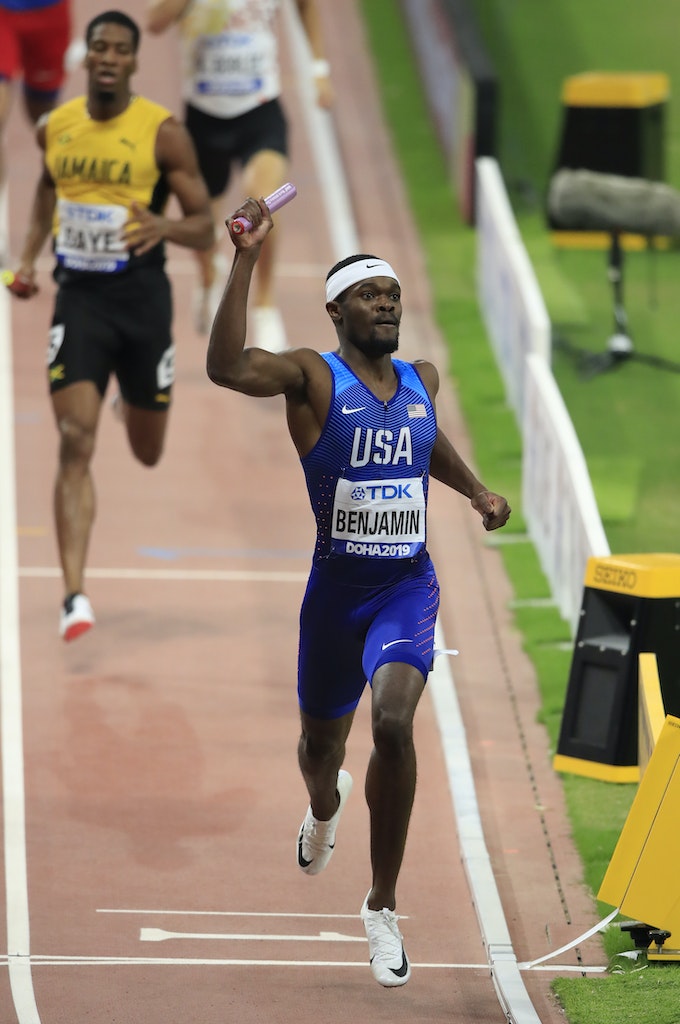 It was one of three victories for the US team on the final night as they dominated both 4 X 400m relays.

The US team topped the medal table with 14 golds and 29 medals in total. Kenya finished second (five gold, 11 medals in total) and Jamaica was third (three golds, 11 medals). Australia won a single medal: gold to Kelsey-Lee Barber in the javelin.