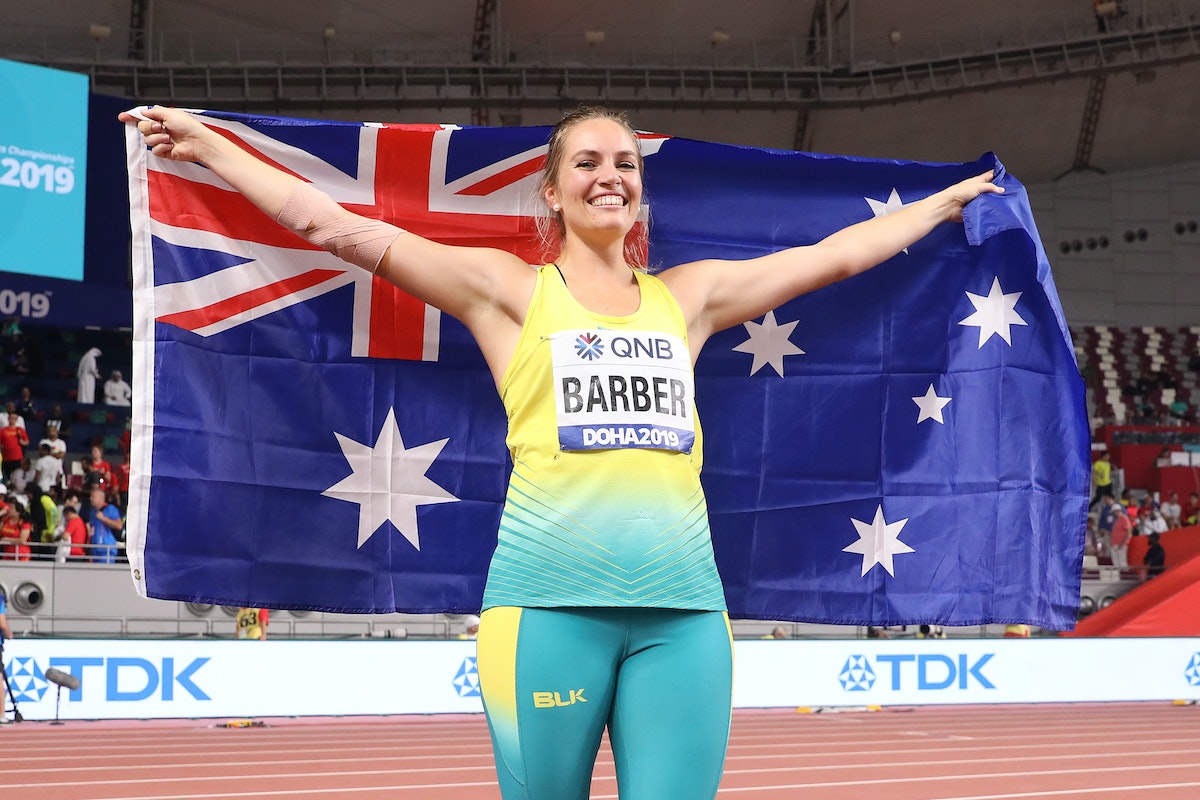 With a clutch performance Kelsey-Lee Barber became world champion in the javelin at the IAAF World Championships in Doha.

Her final round throw of 66.56m moved her into the gold medal position, with the Chinese pair of Liu Shiying (65.88m) and world leader Lyu Huihui (65.49m) unable to respond and finishing in the minor medals. 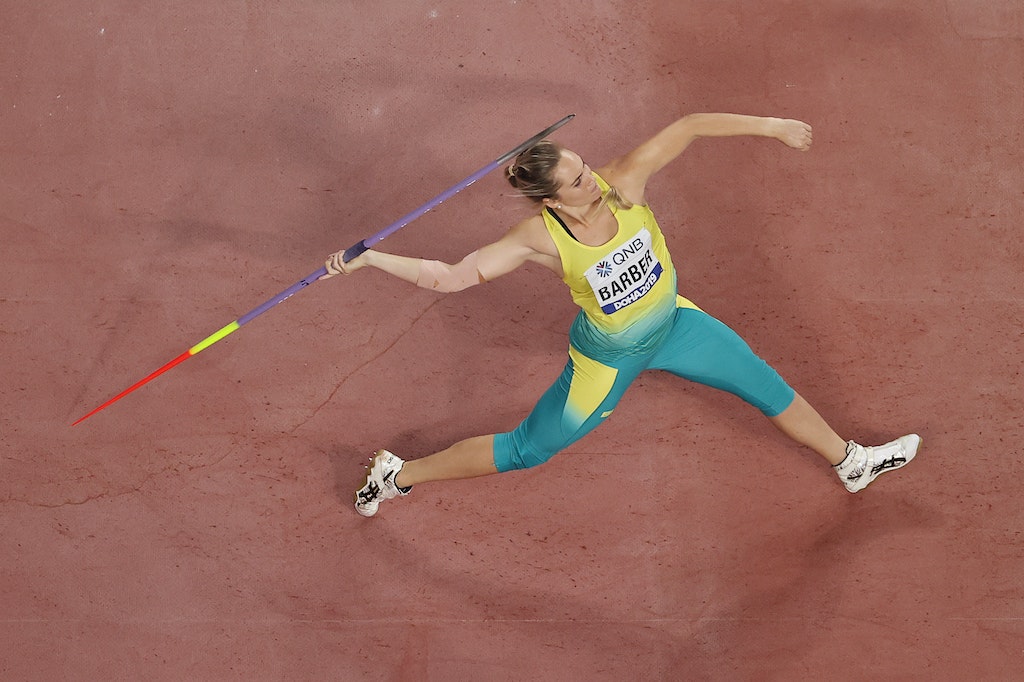 “I thought it had snuck over 65m when I saw it land, but I was still waiting to see the numbers come up, so to see 66m and then jump into first place, my head was spinning a little bit,” said the new World Champion.

“My coach told me to take my run up back a little bit going into that last round and that really helped me settle into my run and get my feet down. Feeling those quick feet was the simple queue to just throw the javelin and it helped me keep my composure know that I still had something big to throw." 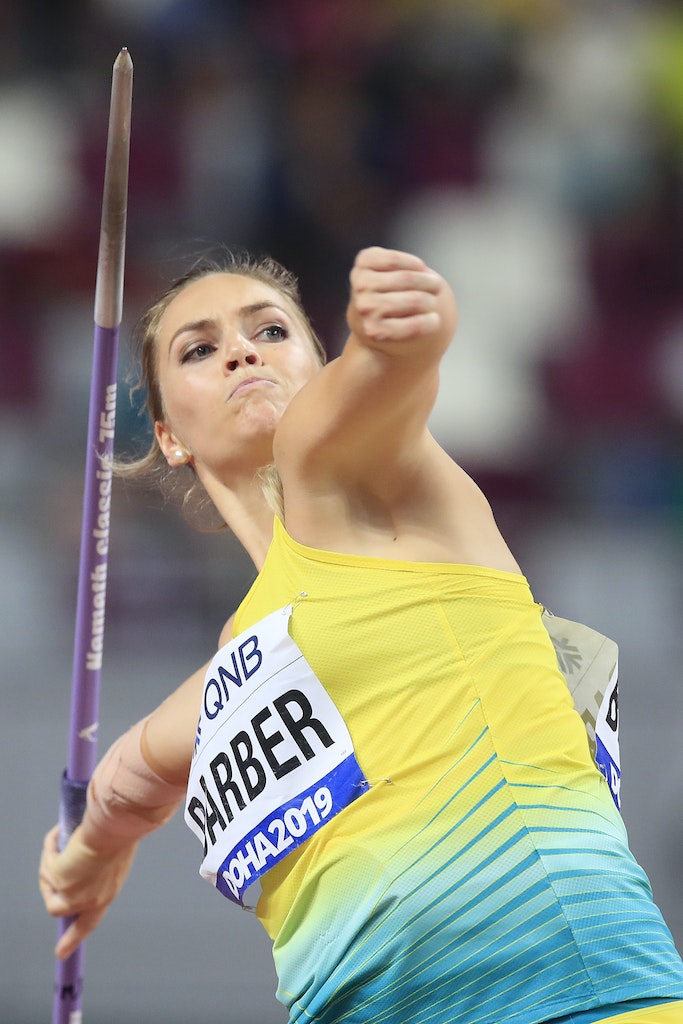 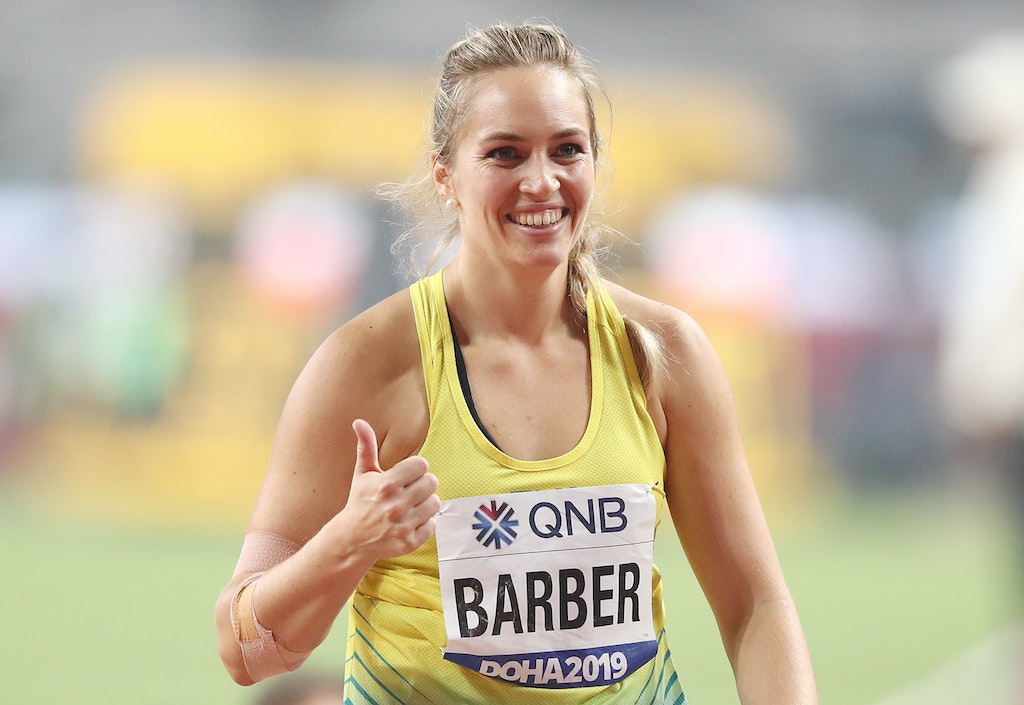 “I want to say a massive thank you to the guys coaching me tonight, especially Mike.”

Barber becomes Australia's ninth gold medalist in the history of the IAAF World Championships and the first in the javelin, following silver medals to Joanna Stone (1997) and Kim Mickle (2013). 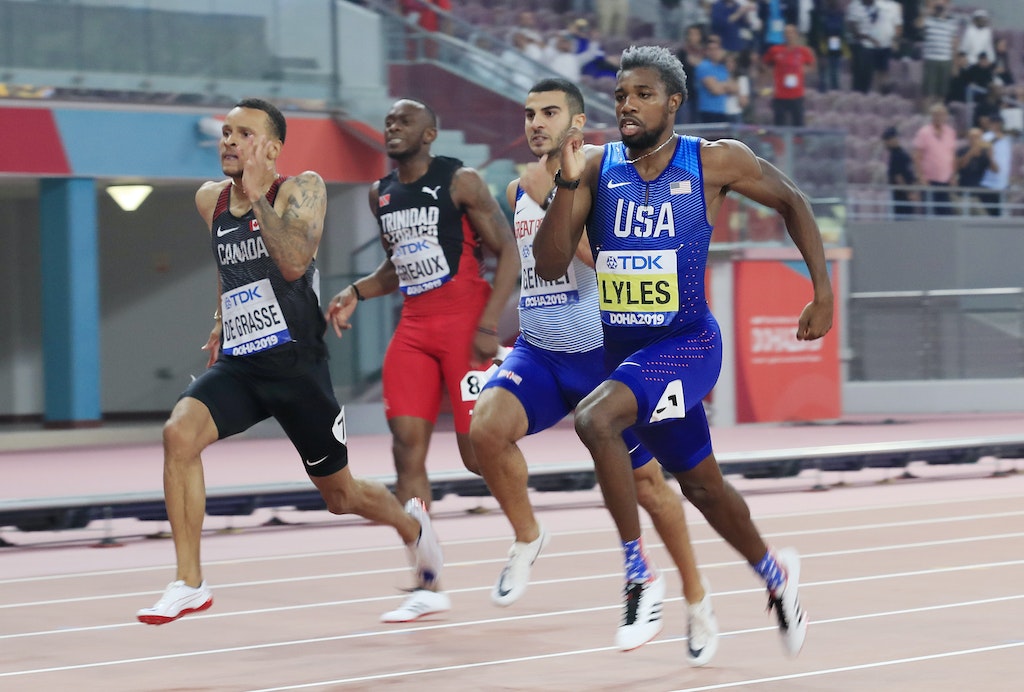 It was otherwise a night of US domination on the track and in the field with the Stars and the Stripes taking out the titles in the men's 200m, 800m and pole vault.

Noah Lyles glided to the lead at the top of the straight and drove to the finish line in 19.83 seconds to win the 200m, more than a metre clear of Canada’s Olympic silver medallist Andre de Grasse (19.96), while Ecuador’s Alex Quinonez took the bronze (19.98). 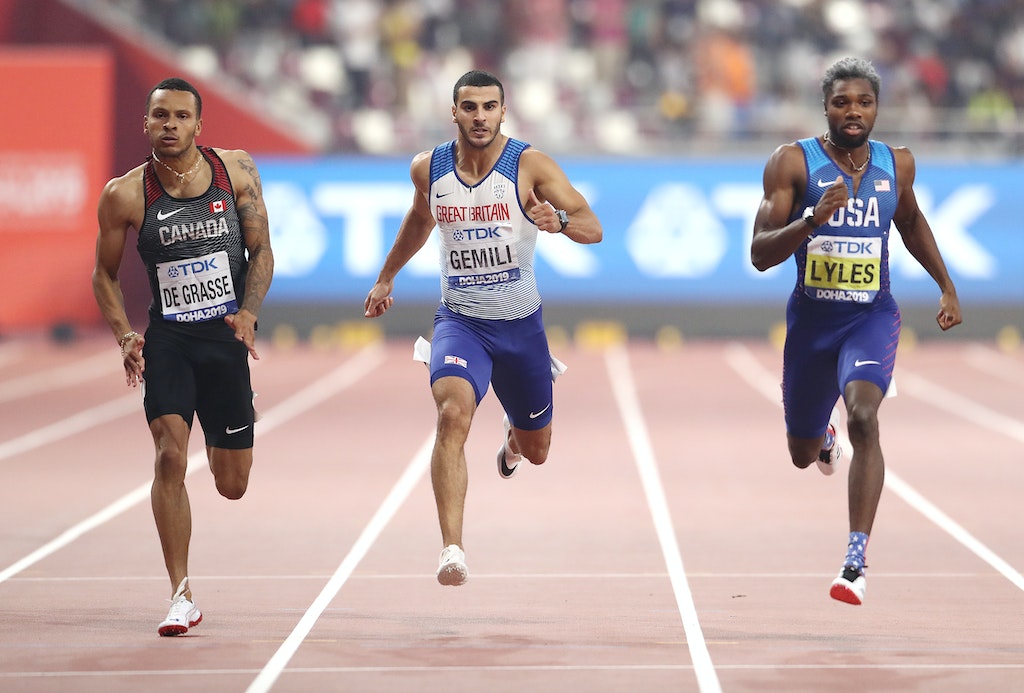 “So many times this year I’ve thought of being world champion, you wouldn’t believe it. I have it on my phone, I say it to myself in my car, I think it all the time – and finally to have done it feels unbelievable. 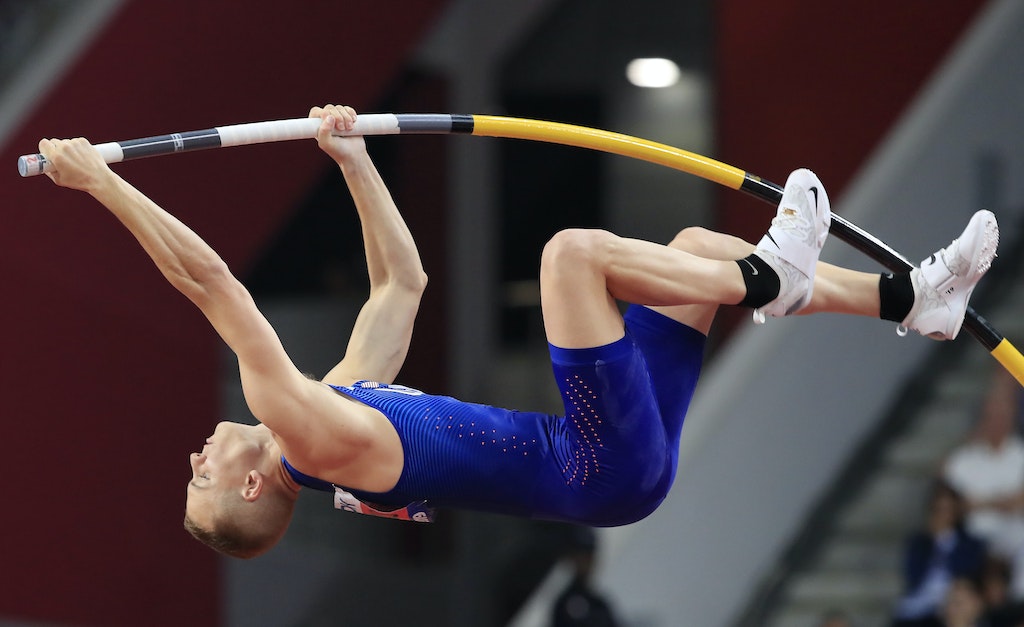 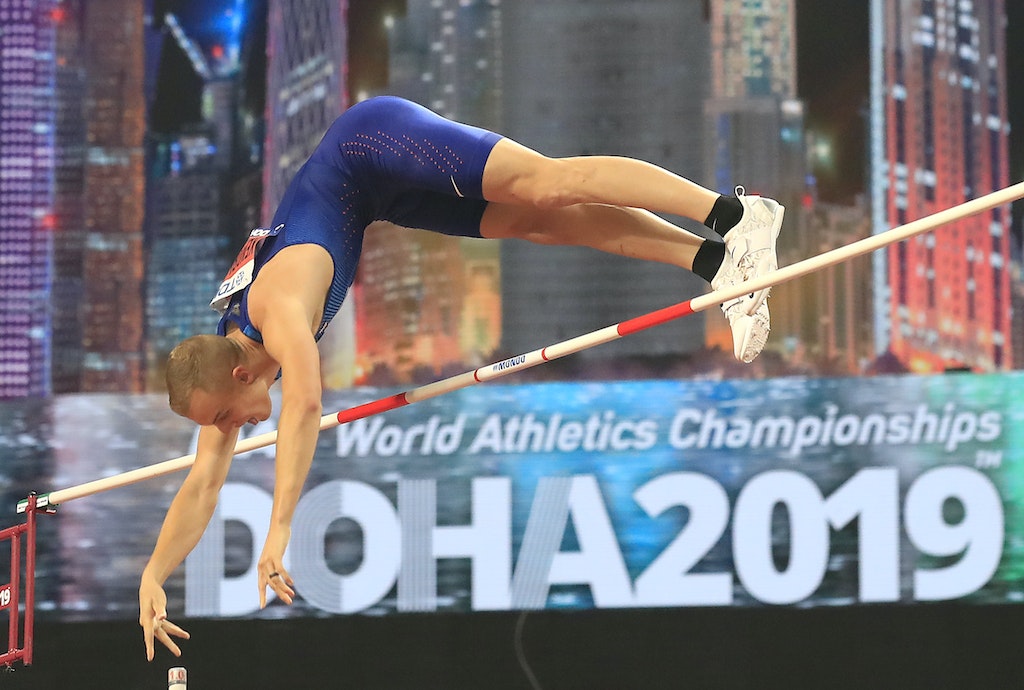 Kendricks eventually prevailed on a countback after both men cleared 5.97m on their final attempts, but could go no further. A first-time clearance of 5.92m delivered the title to Kendricks.

Piotr Lisek of Poland took the bronze (5.87m) and the three men celebrated together by doing synchronised backflips on the mat. 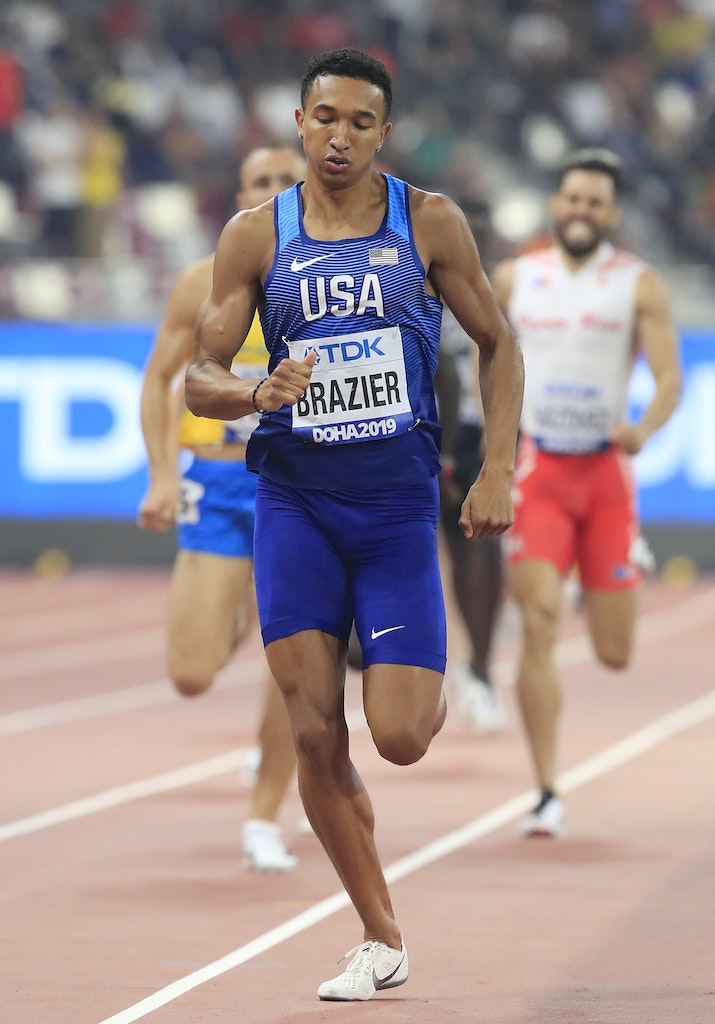 In the 800m, Donavan Brazier laid waste to the field with a sensational display to became the first US athlete to win a world 800m title.

He took down both the championship record and North American record, which had each stood for more than 30 years.

The 22-year-old two-lap sensation turned the race into a procession after kicking past Wesley Vazquez (who had set a searing first lap split of 48.96) to open up a huge margin on the field in the last 200m.

Attacking the final 100m with relish, he destroyed the opposition to clock 1:42.34 and triumph by the biggest winning margin in the history of the event at a World Championships. Amel Tuka was second in 1:43.47 and Ferguson Rotich third in 1:43.82. 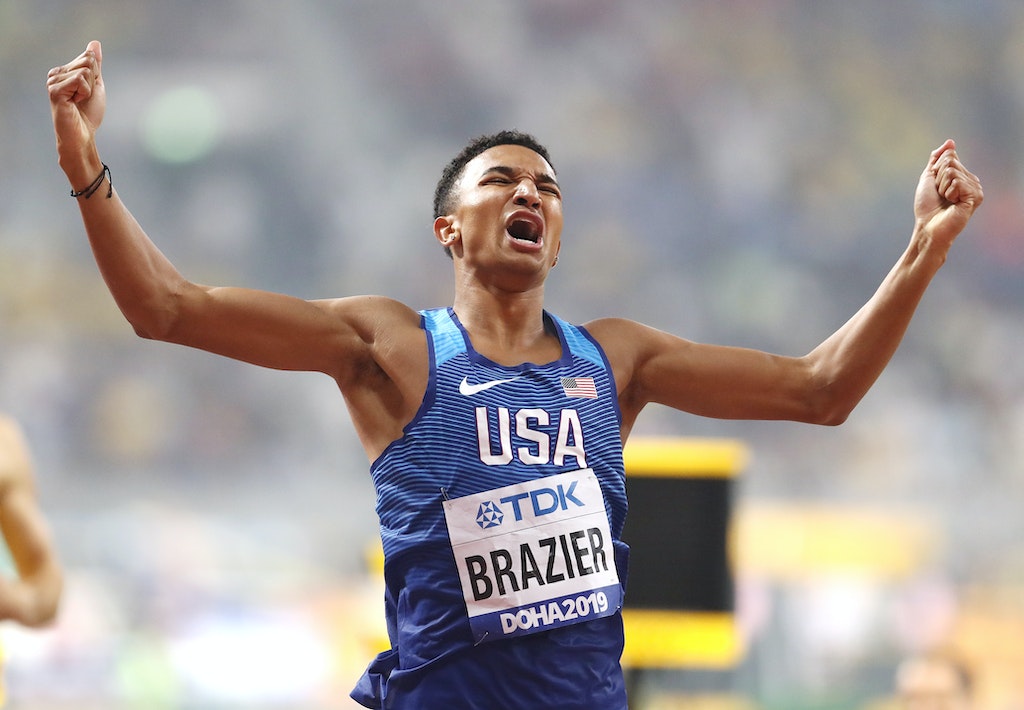 "I've said all season that my goal was to get the gold here and to break this record, and that's what I did," said Brazier.

"It means the world to me. To be world champion at 22 years old, I can't believe it. The plan was always to take it on with 300 to go and go from there, no matter what the pace was. I really had to dig deep for it.

"To be the first from US to win a world 800m title feels wonderful. I hope I get some love for it back home." 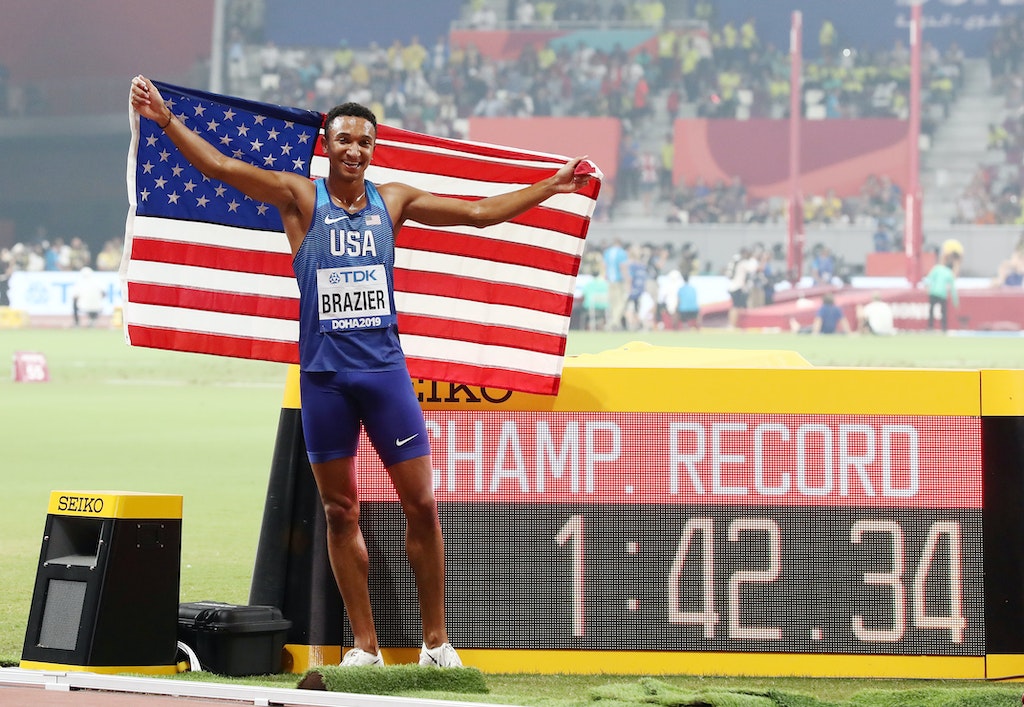 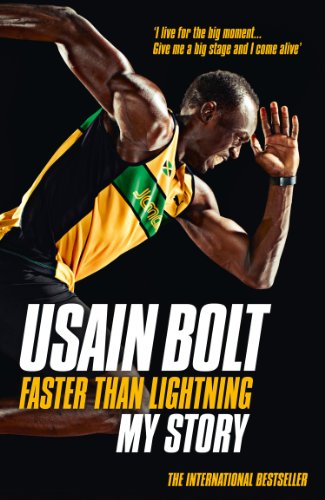 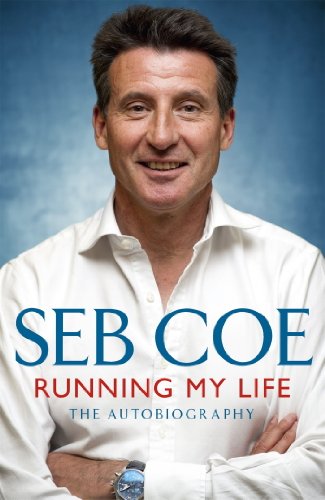