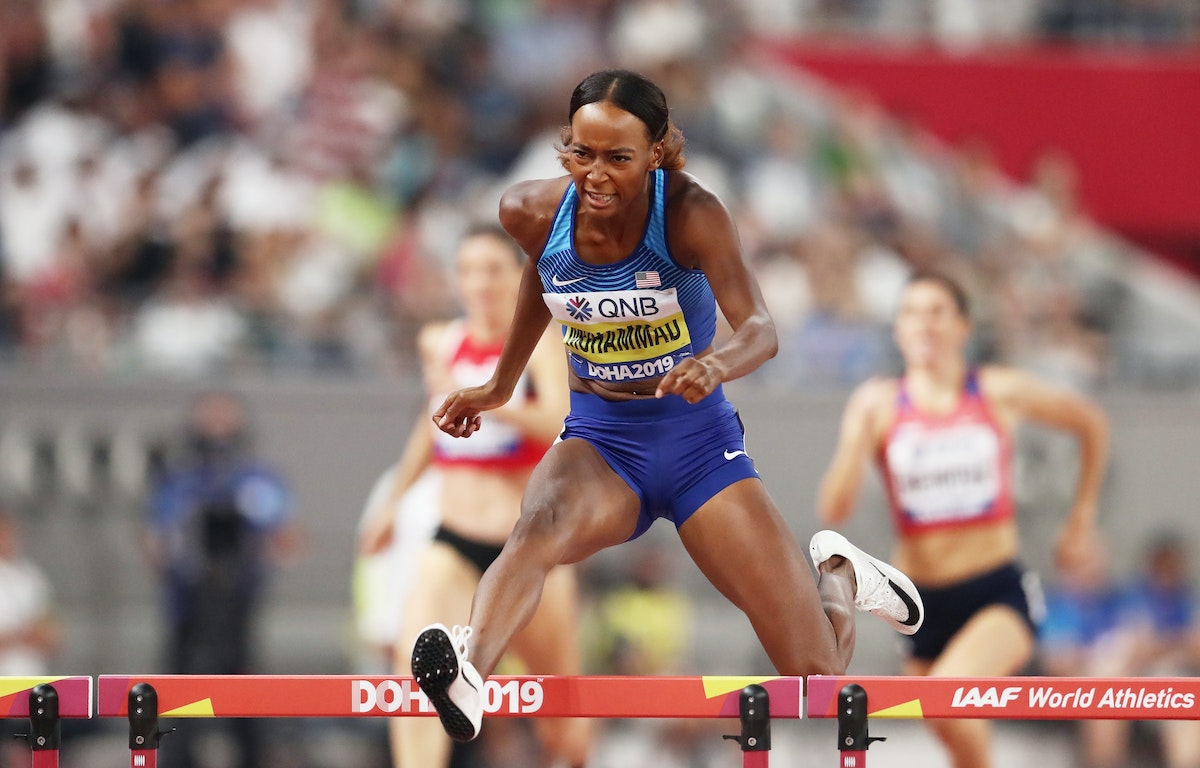 USA's Dalilah Muhammad was forced to break the world record for the 400m hurdles to hold off her young compatriot Sydney McLaughlin.

The women’s 400m hurdles was always the individual event most likely to deliver a world record in Doha, after Olympic champion Muhammad set a new mark of 52.20 at the US Trials just two months ago. 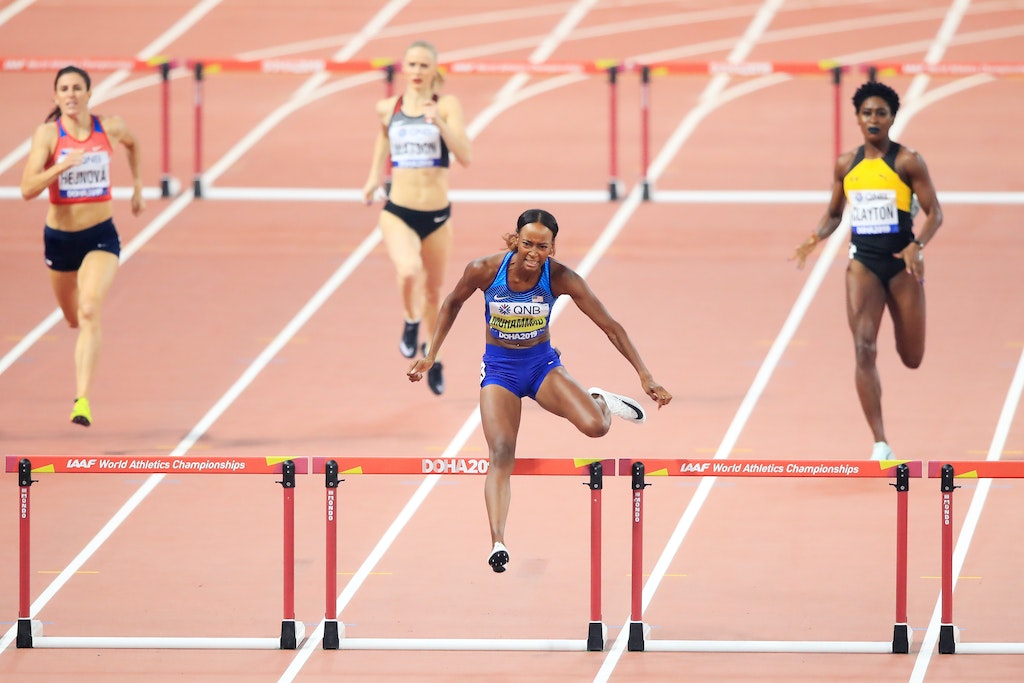 The 20-year-old McLaughlin pressed her hard that day, and even harder on this night. They were even through the first 200m, before Muhammad gained a slight but significant lead over the last three hurdles.

She had a couple of metres on her rival coming off the last barrier and that was enough to repel McLaughlin’s late charge. Muhammad crossed the finish line in 52.16, with McLaughlin just 0.07 behind. The younger woman, long tipped for stardom, sliced more than half a second off her personal best to become the second-fastest in history at her first senior World Championships. 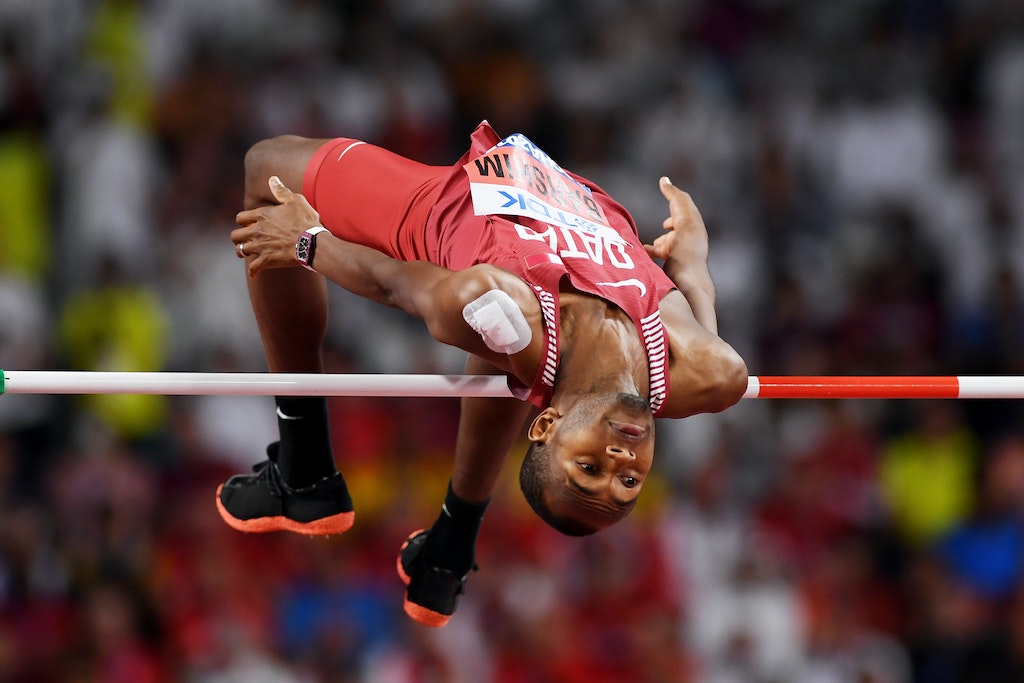 The excitement of that event had barely dimmed when Qatar’s favourite son, Barshim, took his first attempt at 2.37m and sailed over it to take command of the competition, prompting the biggest roar of the night.

His two remaining competitors, Mikhail Akimenko and Ilya Ivanyuk, both authorised neutral athletes, failed at that height and the world title that all of Qatar had craved was Barshim's.

Akimenko took the silver (2.35m) from his compatriot on countback, while Australia's Brandon Starc finished sixth in 2.30m. 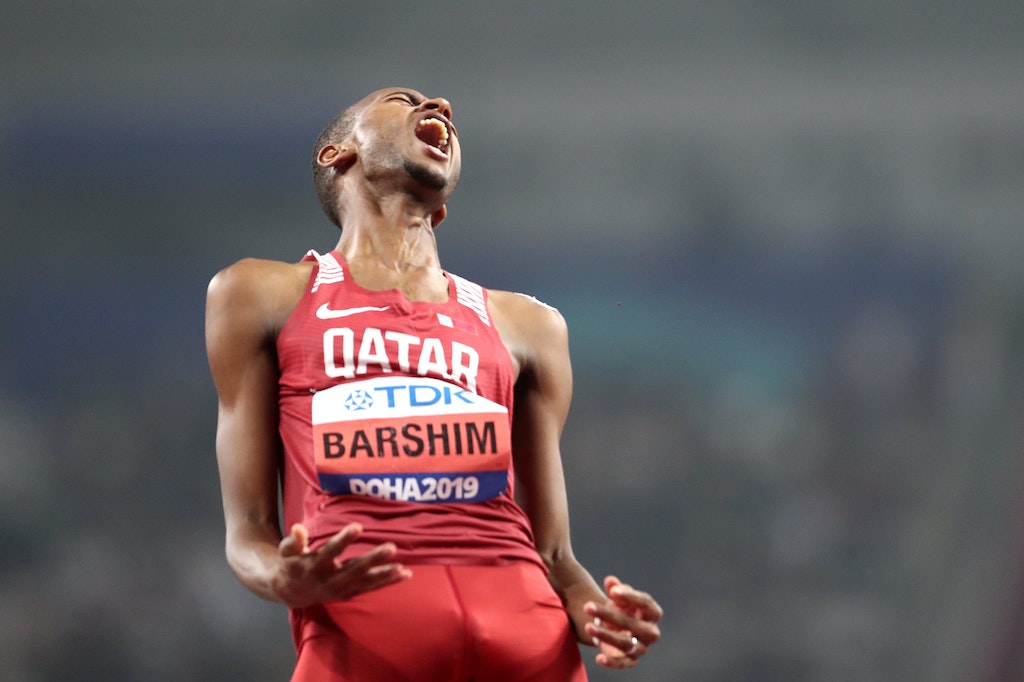 This was a remarkable victory given Barshim sustained a career-threatening rupture to his ankle ligaments last year, and had competed only three times since, with a best clearance of 2.27m. But the 2017 World Athlete of the Year put all of that trouble and doubt behind him on a magical night, calling on his inner strength and the energy of his audience to claim the prize. 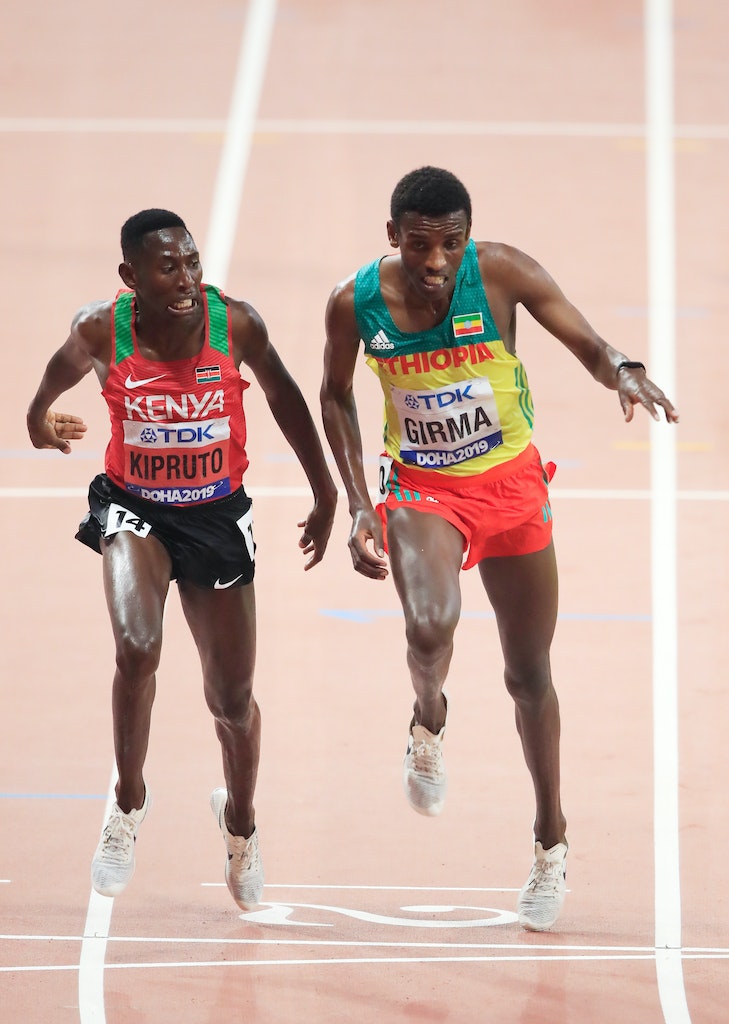 Kenya’s Conseslus Kipruto came from behind to snatch his second successive world title on the finish line in the 3000m steeplechase.

The steeplechasers must also have sniffed the magic in the air as they combined to put on the best race in the history of their event at these championships.

Like Barshim, world champion Kipruto of Kenya had spent most of the past year sidelined with injury but he was so determined to defend his title in Doha that he constructed a swimming pool in his backyard so he could run in the water to aid his recovery.

He returned in August but his form was scratchy and he arrived in Doha with question marks over his preparedness.

Morocco’s Soufiane El Bakkali had replaced him as the dominant force on the IAAF Diamond League circuit and other challengers were looming, but Kipruto had revealed the depth of his fighting spirit at last year’s Diamond League final in Zurich where he lost a shoe mid-race but still managed to triumph. 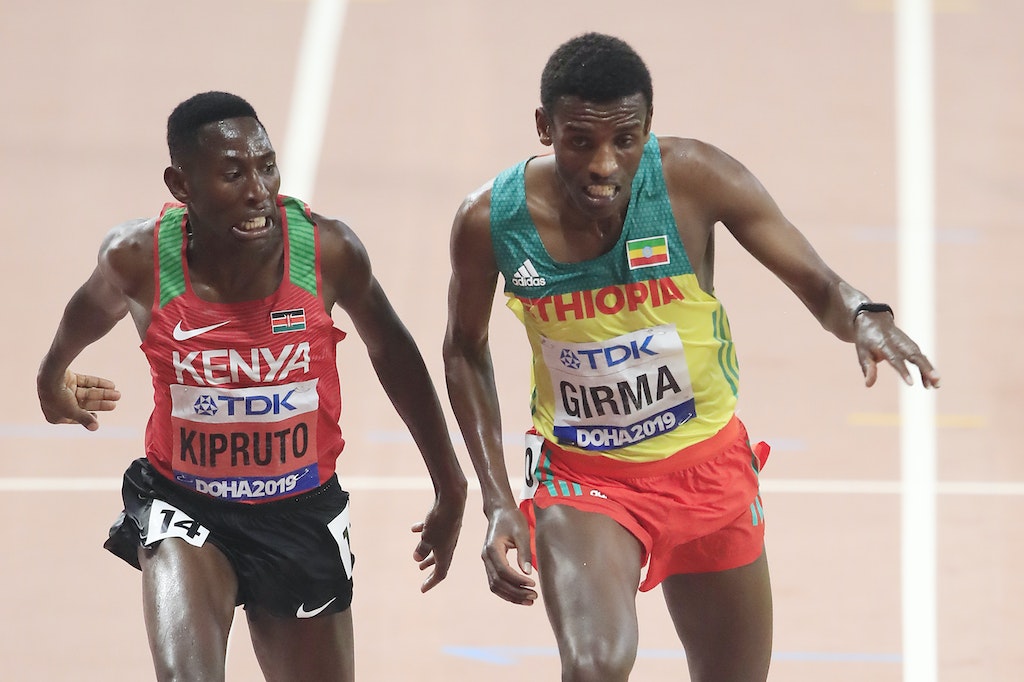 As they approached the final water jump tonight in Doha, Kipruto, El Bakkali and Ethiopia’s Lamecha Girma, representing three of the great distance running traditions of Africa, separated themselves from the field.

El Bakkali faltered with 100m remaining and Girma began to stretch away from Kipruto. But the fiesty Kenyan refused to go away, making one last desperate surge as they approached the finish line.

The human eye could not separate them but the electronic clock could, awarding the title to Kipruto by just 0.01 in the fastest time of the year (8:01.35). 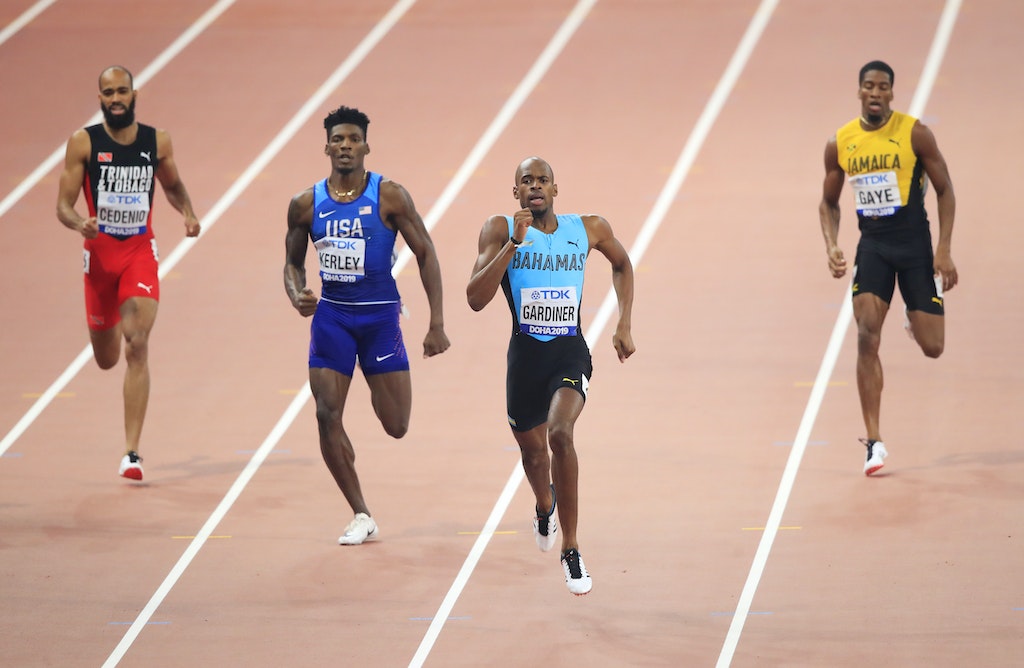 The men’s 400m final had a lot to live up to in this company, but Bahamian Steven Gardiner laid the field to waste, turning on the jets in the home straight to win in a national record of 43.48, which lifted him to sixth on the all-time list. 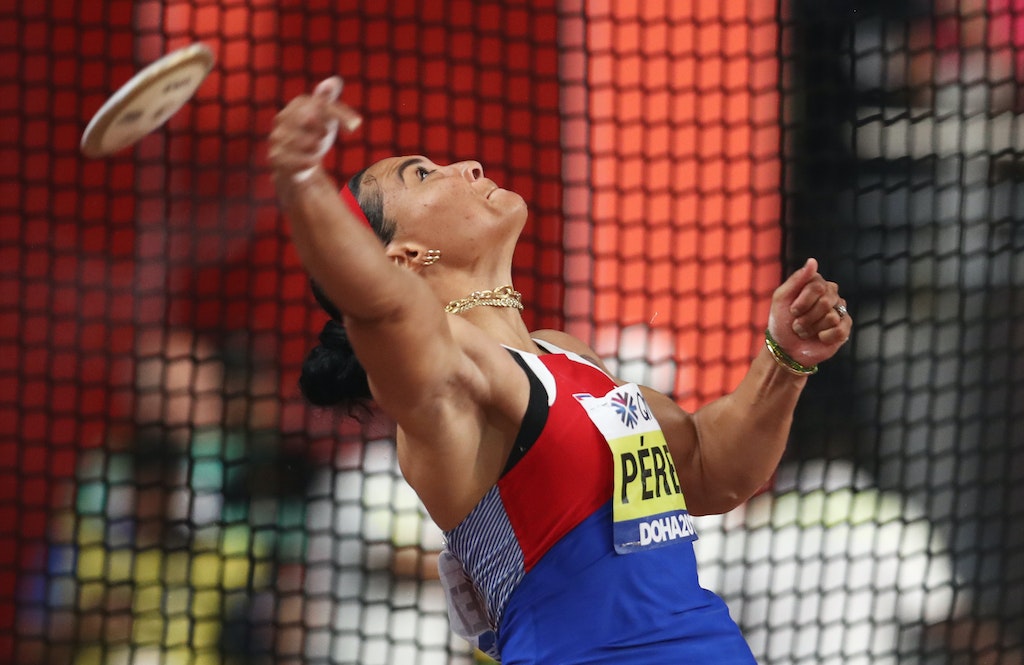 On the roads along Doha's Corniche, Japan's Toshikazu Yamanishi broke away from the field before the half-way point to stride to victory in the men's 20km race walk. He crossed the line in 1:26:34, finishing comfortably ahead of authorised neutral athlete Vasiliy Mizinov (1:26:49) and Sweden's Perseus Karlstrom (1:27:00).

Dane Bird-Smith battled the heat and humidity to finish 14th. 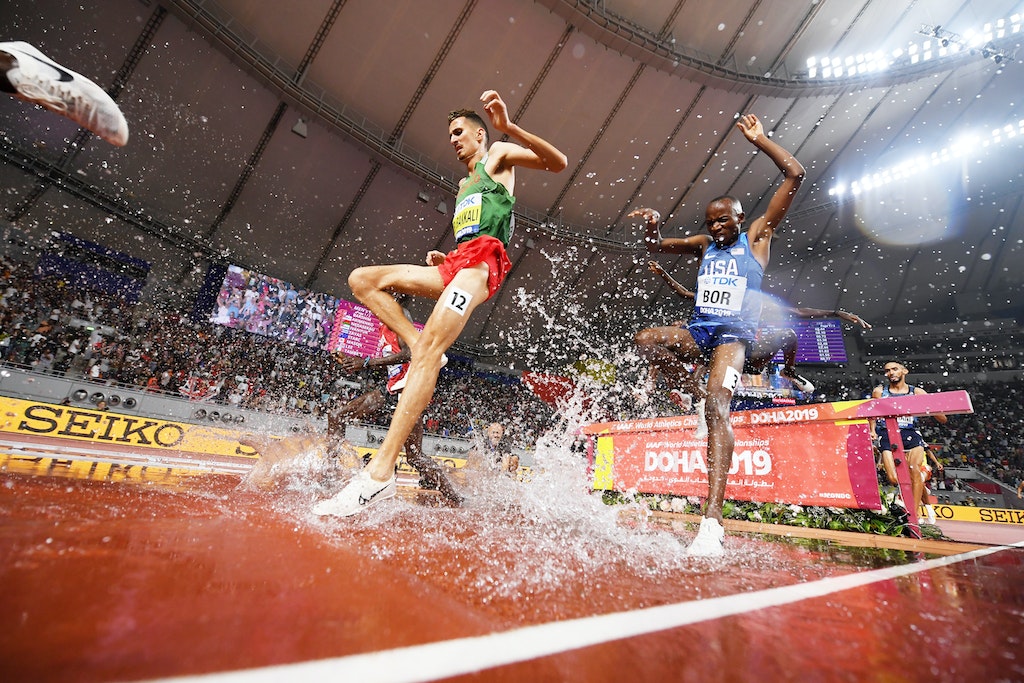 A great shot of the steeplechase waterjump.